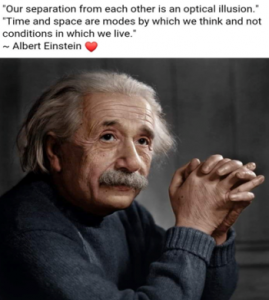 Recently I have been reading a lot of books about the history of race in the US, the ways in which racism is constructed and the segments of our social system where benefits accrue because of racist practices. The aspect of the process that I am most concerned about is unconscious bias and the various methods that people are developing to understand racism through that lens. As Wanda Sykes observed, “You could be a good person and a racist and not even know it (NYTMagazine, 5/26/19, p. 13). She was referring to an incident where a white woman sitting next to her on a plane offered to change seats with her so she could sit closer to her presumed friend, a black woman who was sitting across the aisle. The white woman was well-intentioned, but she assumed that the two women knew each other because they were both African America in appearance. The question Sykes raises is whether that thoughtful white woman would have assumed that two other women were friends if they were white. If the answer is “no”, then unconscious bias is operating.

Unconscious bias is built into the human condition. Within milliseconds of observing another person, we decide (unconsciously) whether they look familiar, i.e. similar to other people we know and trust and whether we feel as if they are dangerous. We are not aware of this judgment but it has survival value. Without this instinct, we would not know how to relate to any person we had not met before, and we have to do that many times every day. So we make judgments about how to greet them, whether we can trust them, if they are worth talking to or if we should simply smile and keep walking. The problem arises when the person we are meeting looks like someone who we believe is dangerous or untrustworthy because of images stored in our brains via personal experience or media exposure. We associate this person, who we do not know, with images of people who look like them that we have absorbed from other situations. Images of Black people who are dangerous are built into the American psyche, constructed to separate enslaved Africans from the white farmers of the South who did not own slaves. From the earliest arrival of enslaved people white slave owners realized that, if poor white people realized how much they had in common with newly arrived Black people, the dangers of insurrection were very strong. The details of that story are too long to go into here, but the modern version of the story is that Black people should not trust White people and vice-versa. It’s embedded in our unconscious minds.It is reinforced every time a Black or Brown person is shown on television doing something criminal.

In order to contribute to the conversation about healing from racism and unconscious bias, I am beginning to create a list of books, with brief reviews, about that subject. I hope this list will help my readers use their very limited time more efficiently by deciding whether or not you want to read any of these books. Everything I include on this page is highly recommended. I will only comment on less than excellent works if I believe they might be toxic.

The Little Book of Racial Healing (2019)

This book is part of a series called The Little Books of Justice and Peacebuilding, “a cooperative effort between The Center for Justice and Peacebuilding of Eastern Mennonite University and publisher Good Books.” The subtitle is Coming to the Table for Truth Telling, Liberation and Transformation. This phrase describes the process used in this book to help people become aware of their own biases and to talk to people who have been hurt directly or indirectly by the biases of others.

This book uses methods that are common in narrative therapy – story telling, active listening and dialogue about personal experience. It also presents methods for organizing these kinds of conversations in communities that are ready to face racism in their social relationships and to devise methods for moving the community toward equitable, compassionate and respectful modes of being together. As a foundation for these conversations, DeWolf and Geddes also do a brief review of the effects of trauma and the history of slavery, court decisions and violence toward Black people in the United States.Finally they focus on restorative justice and personal transformation.

This book gives anyone who is both personally concerned and socially active a lot to think about. It also presents a lot of methods for starting the conversation.

Biased: Uncovering the Hidden Prejudice that Shapes What We See, Think and Do (2019)

The genius of this book is the way the author combines social statistics about racism with personal stories about its effects. Reading statistics about the numbers of Black youth who are incarcerated, the killing of Black men who are arrested compared to white men who are arrested, racial bullying in schools that is ignored and the overall traumas of “living while Black,” one can easily numb out. Statistics are so overwhelming that they tend to lead to feelings of hopelessness and powerless among folks who would like to help but can’t quite figure out how to begin. Biased gives its readers a global perspective so that personal stories are situated in the context of racial politics in the United States. As the reader progresses through the chapters on unconscious bias, the dehumanizing ways in which white people tend to perceive Black people, police brutality and the costs to society of racism, a reader who cares about this subject is driven to ask “what can I do.”  Eberhardt does not offer simple solutions but she suggests a path. As founder of SPARQ (social Psychological Answers to Real-World Questions) at Stanford University, she urges all of us to face the pain and struggle with the complexity as we create solutions to issues in our own context. Anybody who is aware of the problems of race can find a way to contribute to the solutions, as long as we are willing to think, talk and take risks.

Mindful of Race: Transforming Racism from the Inside Out (2018)

For a long time I have believed that combining various Buddhist practices with social justice work was probably the only way to stay in the game without burning out. Social justice efforts inevitably lead to burn out because of the anger that injustice creates in anybody who is committed to fundamental human fairness. Ruth King is a master of the Buddhist/social justice nexus. Buddhism promulgates the notion that we are all one- that there is no distinction between self and other. This is a very difficult concept for Westerners because of our commitment to individualism. However, reflecting on Jesus’ comment. “As long as you do it for these, the least of my children, you do it for me,” suggests the same idea. Buddhism also encourages practitioners to realize that whatever they dislike in others probably has its roots in their own dislike of self .Cultivating the practices of kindness and compassion allow us to care for others and ourselves at the same time. Buddhism requires us to slow down, think before speaking and acting and to calm our minds. Anger burns everyone it touches and destroys the possibility of kindness. These insights serve us well when we are trying to address the inequities and insults of racism.

King suggests the use of mindfulness and awareness practices as one begins to study race and racism. She describes the hindrances to racial harmony including the fact that most white people believe that their identity is individual and most Black people realize that their identities derive from the membership in a group. This difference of perception about who we are leads to numerous misunderstandings that require difficult conversations to untangle. The basic notion is to accept self, be kind to oneself about unacceptable beliefs when they pop up, and treat others as we wish to be treated. Following King’s approach, it is not necessary to found an organization or take to the streets, although there are times when this becomes necessary. Each of us can begin by noticing the racism we have absorbed from the society around us and reach out to people we have been taught to fear or mistrust. Anybody can do that in the grocery store.

CASTE: The Origins of our Discontents 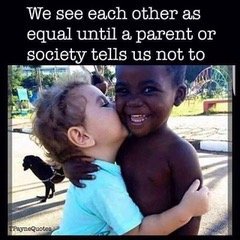 “As we go about our daily lives, caste is the wordless usher in a darkened theater, flashlight cast down in the aisles, guiding us to our assigned seats for a performance. The hierarchy of cast is not about feelings or morality. It is about power – which groups have it and which do not.” (frontispiece, Caste, 2020).

Everybody who is a resident of the United States of America should read this book. I guarantee that it will totally change your perception of the ways that race functions in the United States to separate and rank so called racial groups and keep power in the hands of white, predominantly Christian, heterosexual, able bodied men, many of whom have inherited wealth and position. Through the metaphor of caste Wilkerson explores the ways in which race, or more accurately racism, functions to separate the two major groups in the US and to guarantee access and privilege to people who are considered white while making access and opportunity extremely difficult to access for people with more melanin. Wilkerson describes the pillars that support caste: The myth of Divine Will and the Laws of Nature, heritability, purity vs. pollution, occupational hierarchy, dehumanization and stigma, terror as enforcement, cruelty as a means of control, and inherent superiority vs. inherent inferiority. She explains these pillars with data and with stories of individual families. If you have been listening to Michelle Obama describe the struggles of men in her family, many of these stories will have a familiar ring. Caste explains the many ways in which racism has become a permanent feature of our culture, invisible and not understood by most of us. After you read this book, you will have no trouble understanding why so many white people are afraid to discuss race and why so many Black people are frustrated and angry every day of their lives. If you read only one book about race in this horrifying period of our history, this should be the one.

If the majority knew of the root of this evil, then the road to its cure would not be long,” (Albert Einstein, quoted in Caste.)

Learning With Mind and Heart