Yesterday a Confederate flag was paraded through the Capitol Rotunda. People from all over the United States invaded the heart of the American government. Many were armed. They trashed offices and forced members of the Senate into lockdown. They were trying to stop the government from carrying out its Constitutional responsibilities. The current president was invisible. A small group of elected officials including Pence, Pelosi, Schumer and others met and decided to call out the National Guard. Pence signed the order. All of that should tell you a lot about the incumbent who invited the invasion and disappeared when it began happening.

The most horrifying aspect of these events was the lack of police response and the obvious whiteness of the terrorists who invaded the Capitol. Nothing was done to control the crowd until late afternoon and by that time many had left the area. In contrast a Black Lives Matter protest (peaceful) last summer was met with hundreds of heavily armed law enforcement officers. When a largely Black group tried to stop DT from speaking from the steps of a church near the white house they were tear gassed. As Joe Scarborough said this morning, if the invading crowd had been Black, they would have been murdered in large numbers. If the invaders had been Muslims, there would have been sharpshooters on top of all the buildings in the area. And maybe military helicopters. But these invaders were white and were allowed to leave. No busses to take them to jail. No teargas.

If you are as horrified as I am about these events and the unpredictable ones which are sure to follow, what can you do now to contribute to re-establishing democracy in this country? There are many political activities which will present themselves soon. You could write a thank you note to Stacy Abrams. What can you do immediately? Find somebody to talk to about all of this and what it means for our country. Preferably somebody who has different opinions from yours. Listen carefully. Think before you speak, Avoid ad hominem arguments. Use what you have learned in history and civics classes. Push your thinking beyond the simplistic, binary rhetoric than has dominated our politics for many years. Don’t give in to hating the person you are talking to just because you disagree. Practice the dialogue that is required of educated people who are citizens of a democracy. We are all out of practice in speaking, listening, adjusting our opinions and controlling our emotions. Get out of your house. Put on your mask. Talk and listen to somebody else. Do it on the phone. The “I only listen to people in my bubble” approach has failed. We need to practice being Americans again. 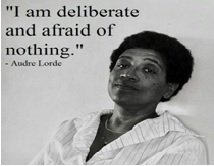